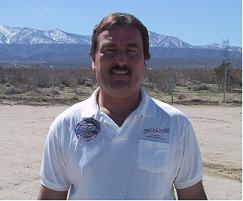 I am a Designated Pilot Examiner (Sport Pilot, Airplane)

I am a Certified Flight Instructor (CFI Sport Pilot, Airplane)

I am a commercial pilot. I became a licensed pilot in 1981.

In March 2003, I became the Webmaster for the USUA, and in October 2003 I was appointed to the Board Of Directors, and served as Vice President of the USUA until mid 2009.

I currently own an Aeropro Eurofox. Until March 2010, I also owned a Quicksilver Sport II.

For more information, please select from the following links:

From 1988 to 2005, I was a Captain in the Civil Air Patrol (CAP). During that time, I served as a Group Finance Officer, Mission Pilot, and Mission Coordinator. I resigned, after seeing years of mismanagement and corruption in California wing.

I hold an Extra class license. I am an ARRL Volunteer Examiner (VE).

I am a software developer in the aerospace industry. My background is in the flight test arena. Between 1981-1985, I was a member of the United States Air Force, stationed at Edwards AFB, in southern California. Between 1985-1988, I worked at Nasa Dryden Flight Research Center. I am currently employed as a software developer/product manager, with a southern California aerospace company. I received my B.S. in Computer Science from Chapman University.

This Page has been accessed times.